The Information Technology Center at Nagoya University began with the general purpose computer Fujitsu FACOM230-60 in 1971. A supercomputer was first installed in 1987 and has since been used by a number of researchers in the field of scientific computing. We installed the new-system Supercomputer "Flow" and started computing services in July 2020. We support academic research at a wide range of universities and other institutes by supplying services such as computing that accommodates researcher demand for large-scale computing, "Post Processing" to enable visualization, computer statistics, big data mining, "Data Intensive Computing" to provide new services in distributed data processing, distributed databases, and small virtual computers for laboratories. As a partner institute in the Joint Usage/Research Center (JHPCN) in Japan since 2010, we have played a role in the research and development of high-performance computing technology.

Furthermore, since 2010, we have participated in a joint research project in cooperation with the Institute for Space-Earth Environmental Research (ISEE) at Nagoya University to promote academic research and advanced technology in high-performance computing in fluid, plasma, machine learning, and general computational science. Moreover, since 2012, we have worked as resource providers for the High Performance Computing Infrastructure (HPCI) in Japan, helping to accelerate a wide range of HPC utilization from exploratory research to large-scale and industrial research, to enlarge and foster the computational science community, and to utilize the best achievements for the good of society by matching needs and available resources on a nationwide scale. 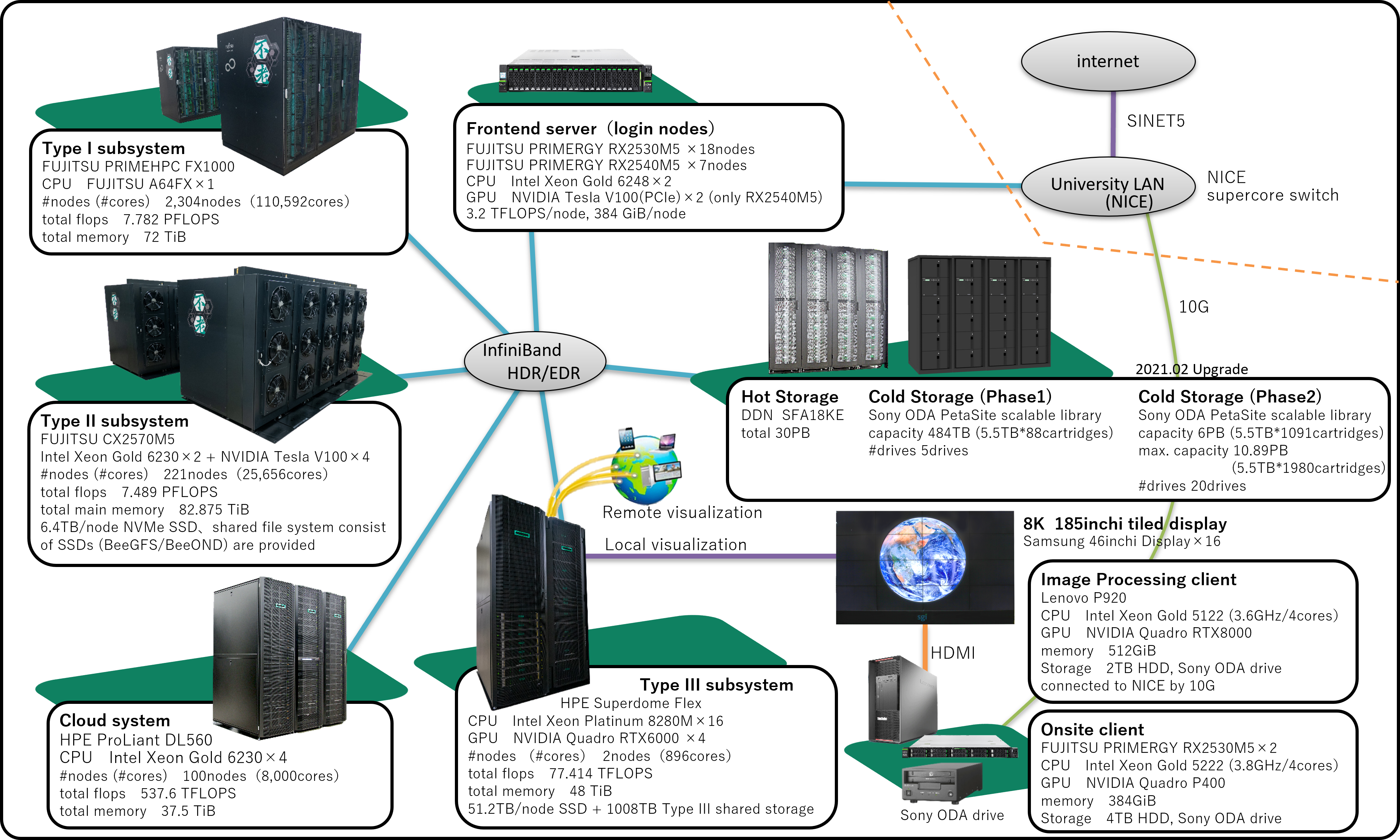 Supercomputer "Flow" consists of four computing subsystems and two storage systems. Total theoretical peak performance is 15.88 PFLOPS. Users can use all subsystems by one account. Computing service has begun on July 1st, 2020. 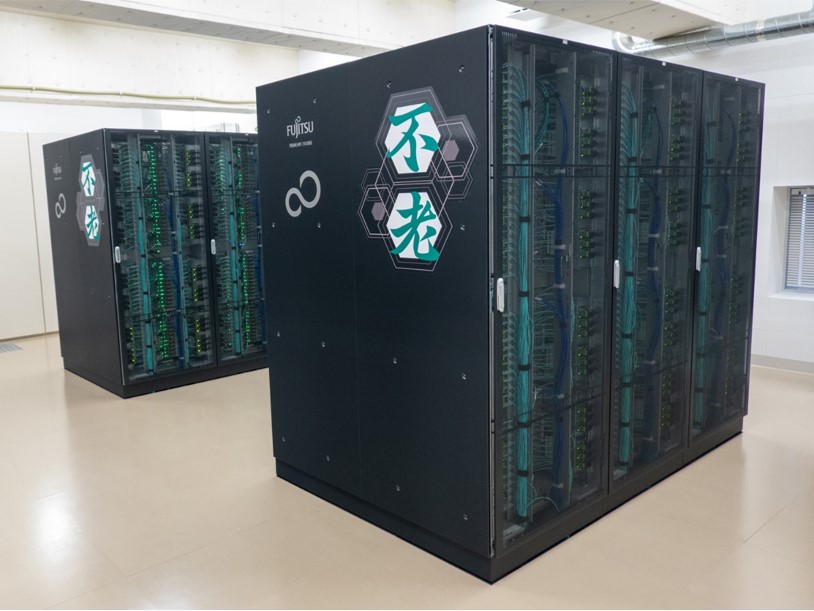 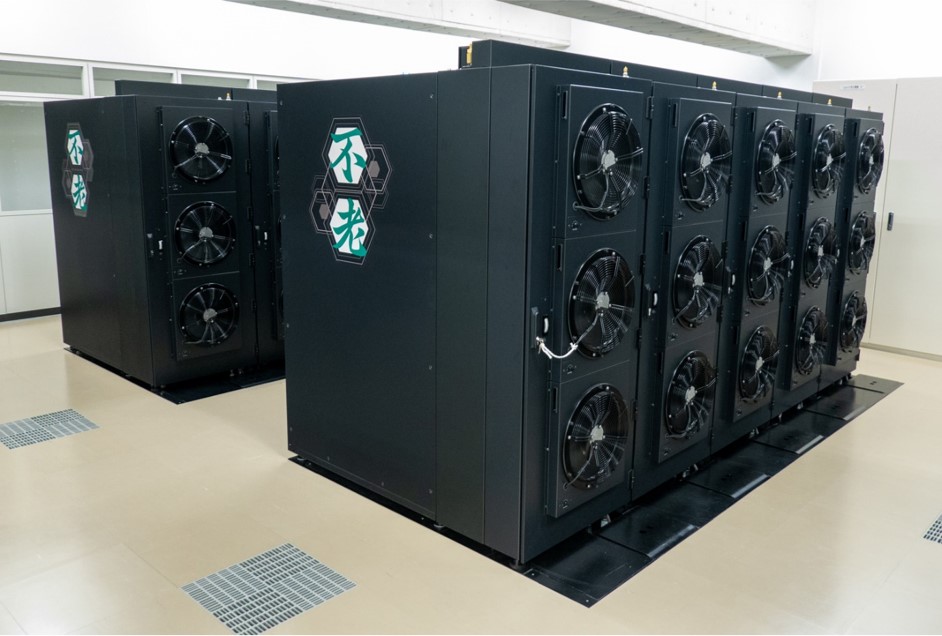 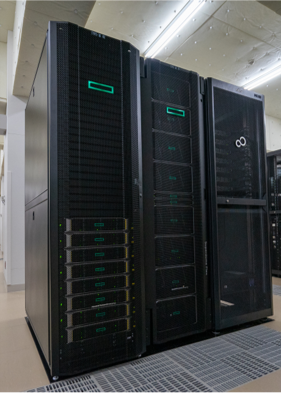 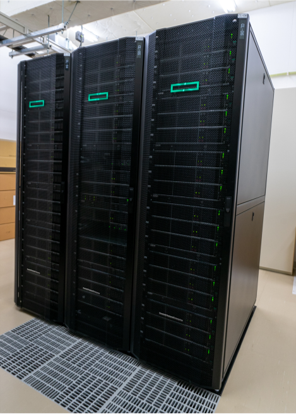 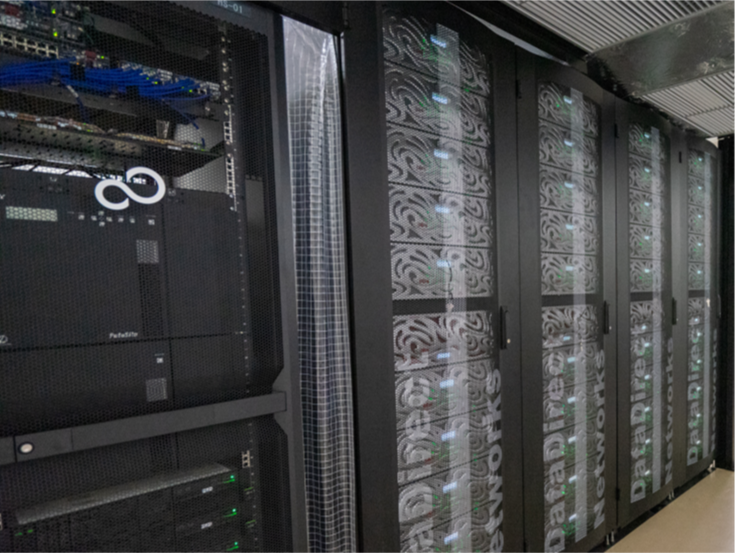 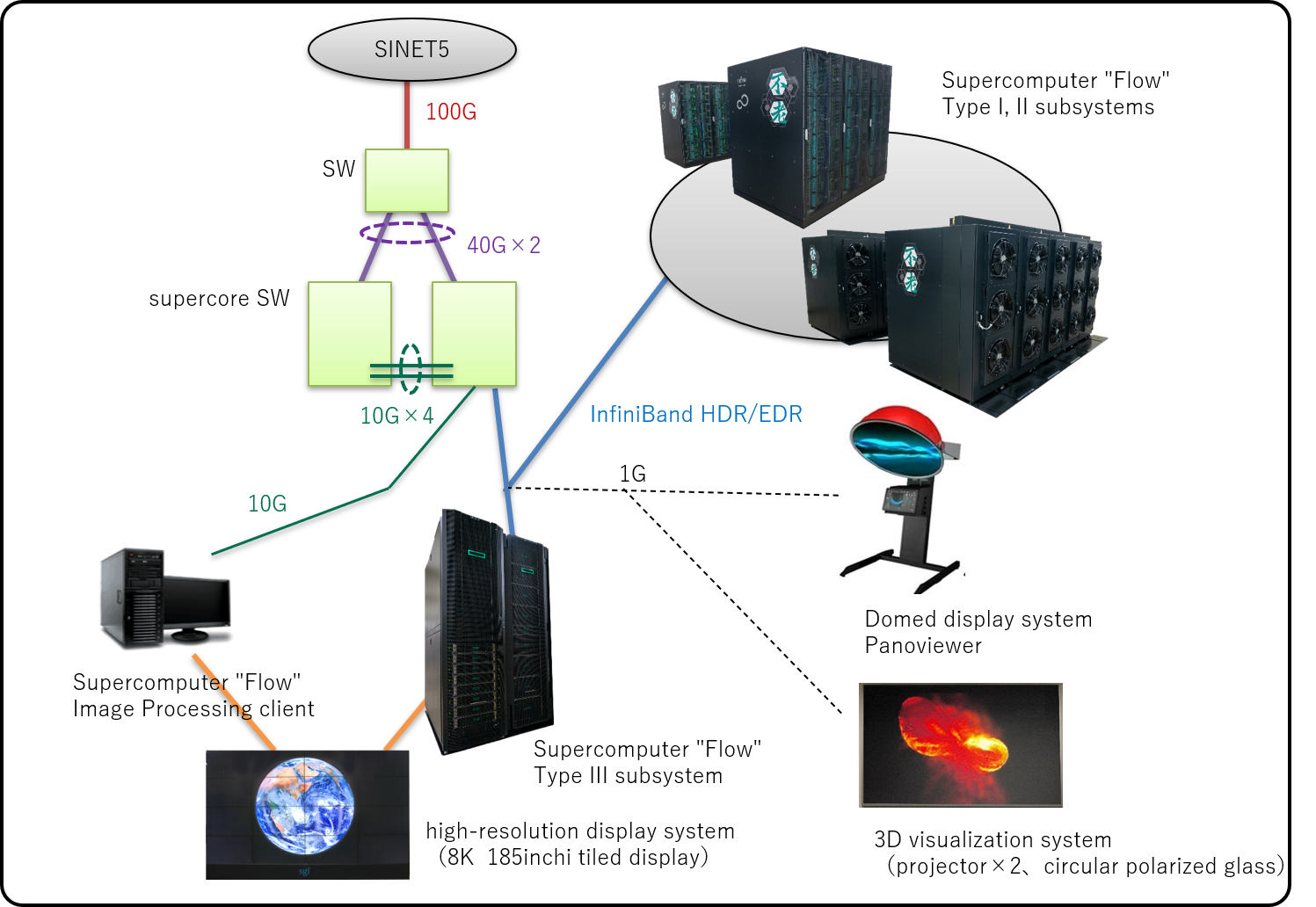 HPCI establishes a high performance computing infrastructure that consists of main supercomputers, such as "Fugaku", supercomputers in universities and institutes, with an academic network to satisfy wider requirements from users. The supercomputers in ITC, Nagoya University are also one of the HPCI resources.

The Joint Usage / Research Center for Interdisciplinary Large-scale Information Infrastructures (JHPCN) is made up of eight centers equipped with supercomputers. This is a network-type joint usage and collaborative research center, and its core institution is the Information Technology Center of the University of Tokyo.

JHPCN accepts submissions of collaborative researches and its reviewing and acceptance in 4 kinds of research field for very large-scale computations.

Interdisciplinary collaborative researches are performed with tightly collaboration between applicants and faculties of JHPCN centers. 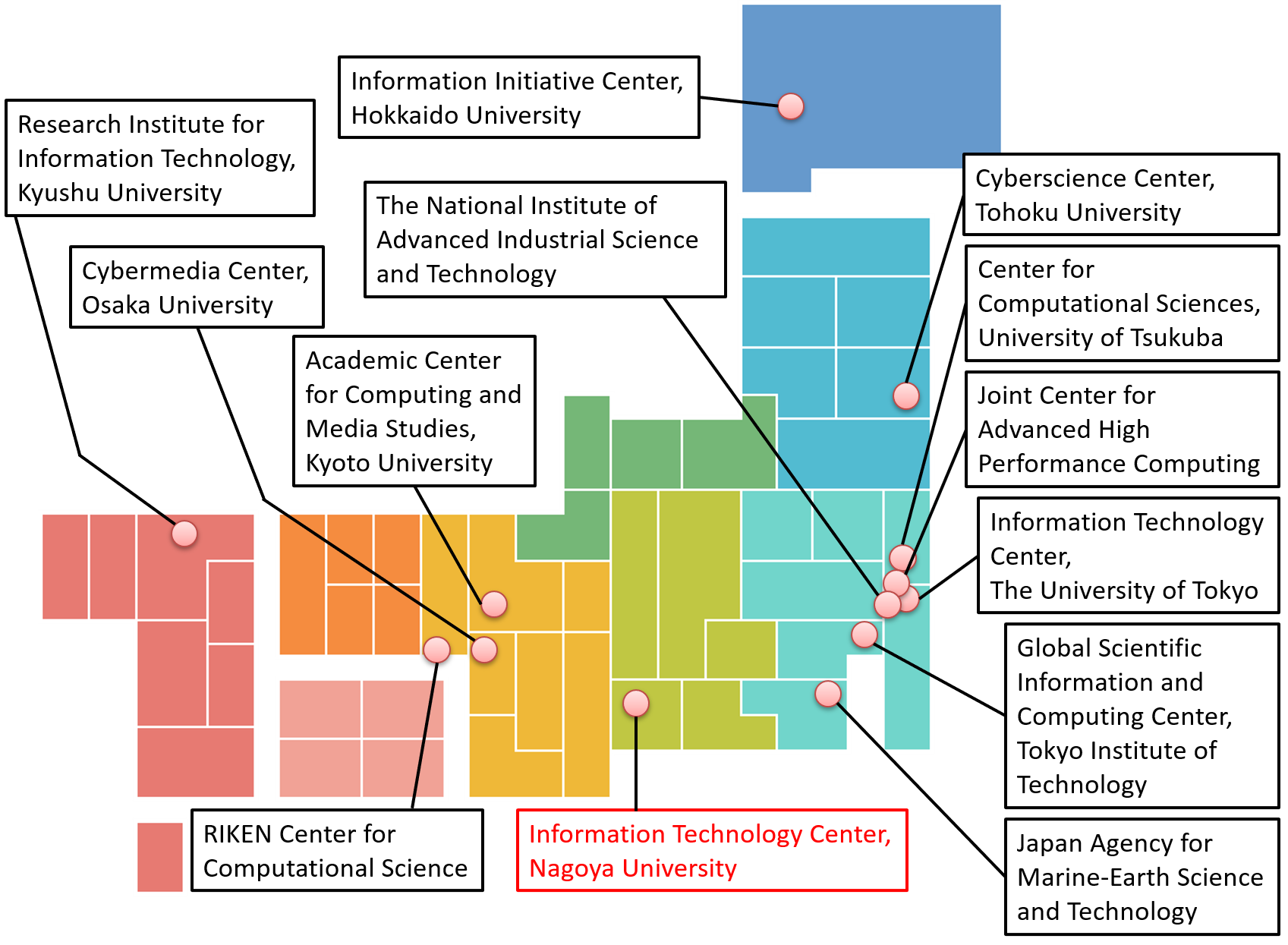 Research Results by using Supercomputers in ITC, Nagoya U. 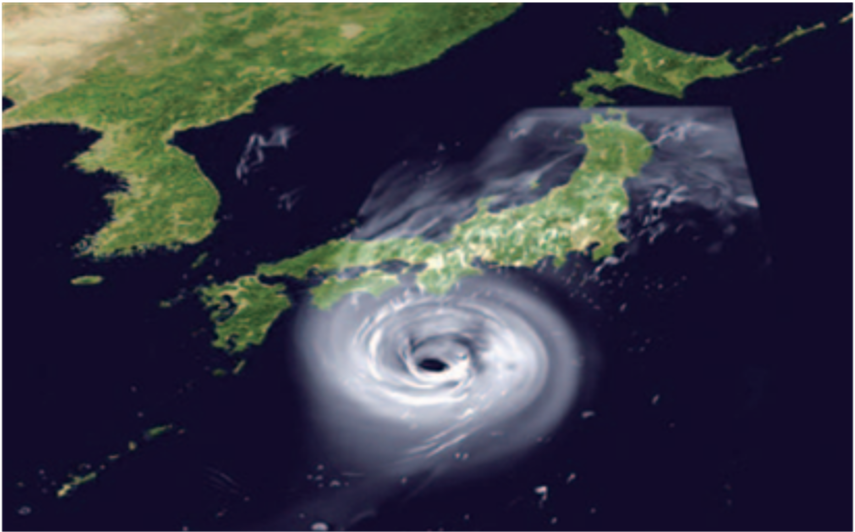 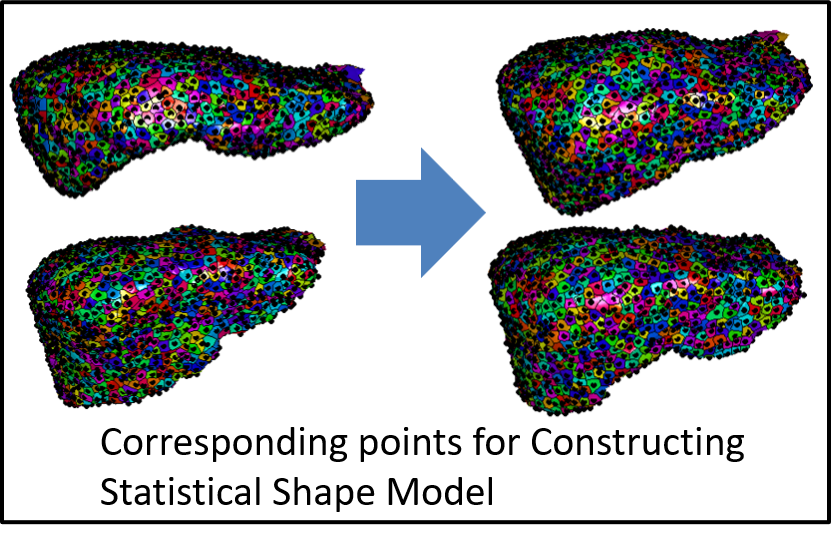 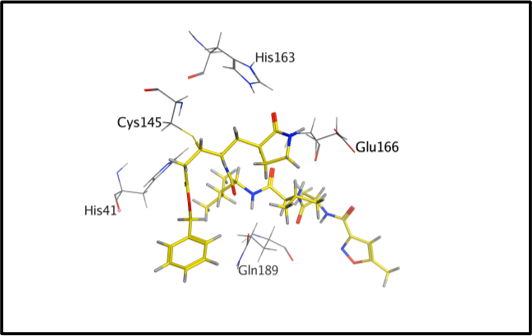 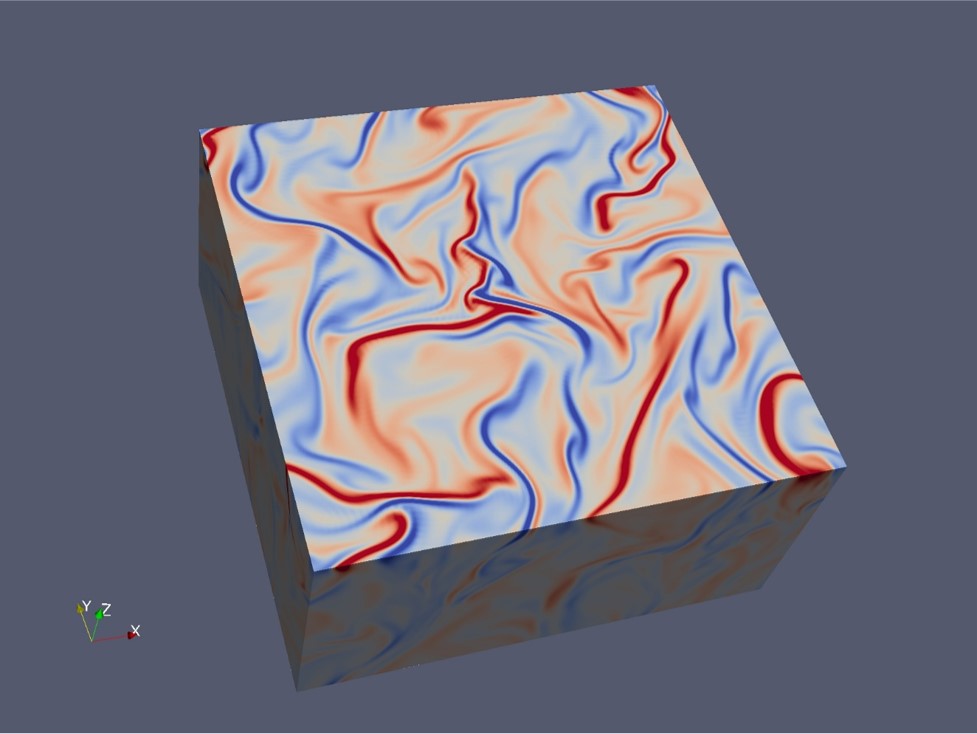 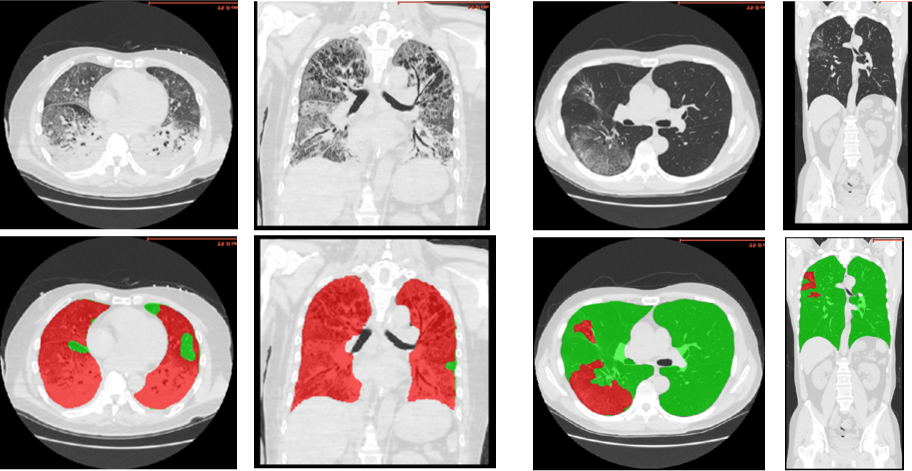